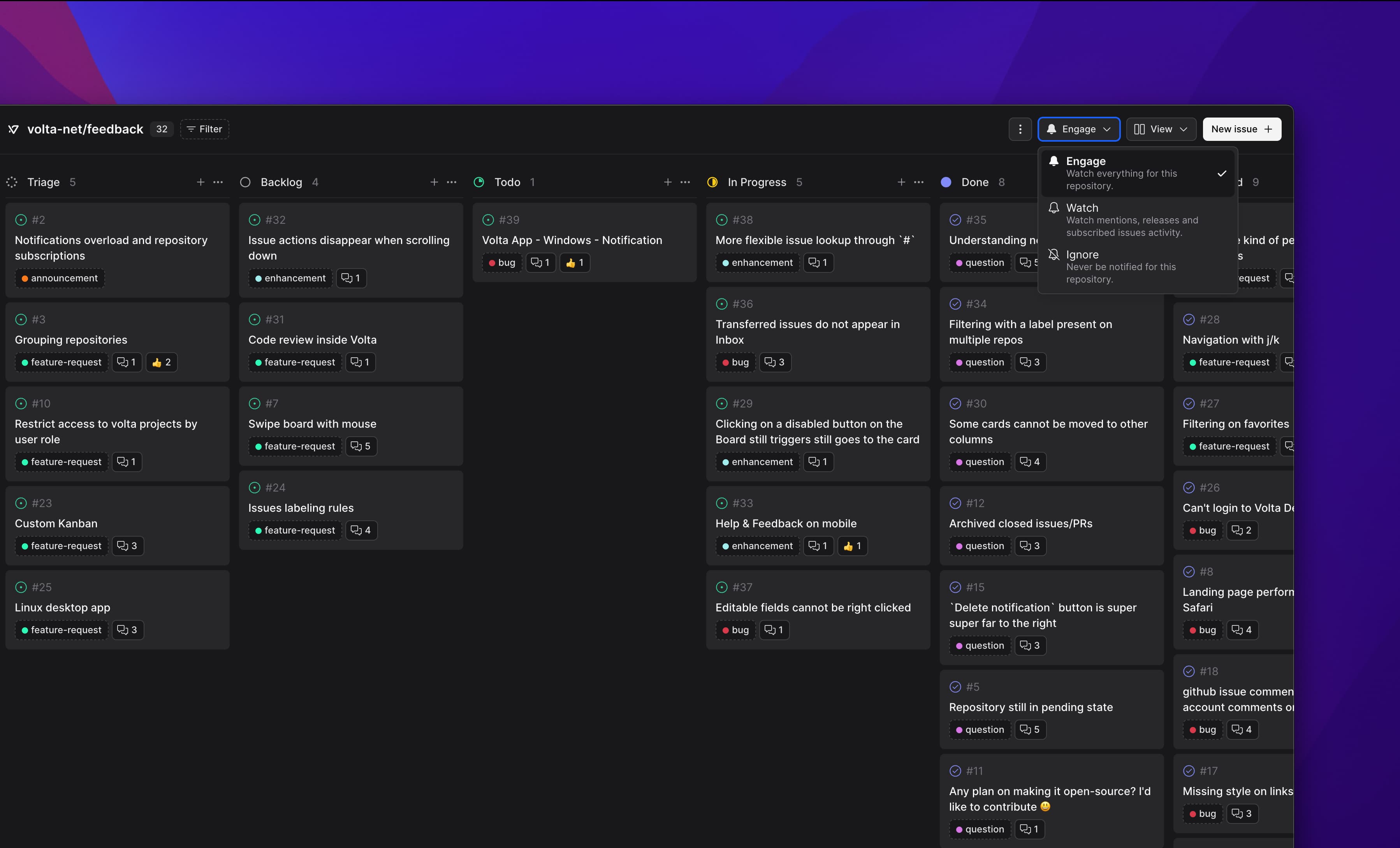 Last release we've added a brand new guide, we said we would add more content in the future. Well, here it is! We've added new content about the Inbox and its notifications. Also, the whole guide has been improved with new illustrations and better explanations.

We've improved issue boards automation to better react to changes made on GitHub. Now, an issue will be moved automatically to Done or Cancelled when it gets closed as Completed or Not Planned on GitHub.