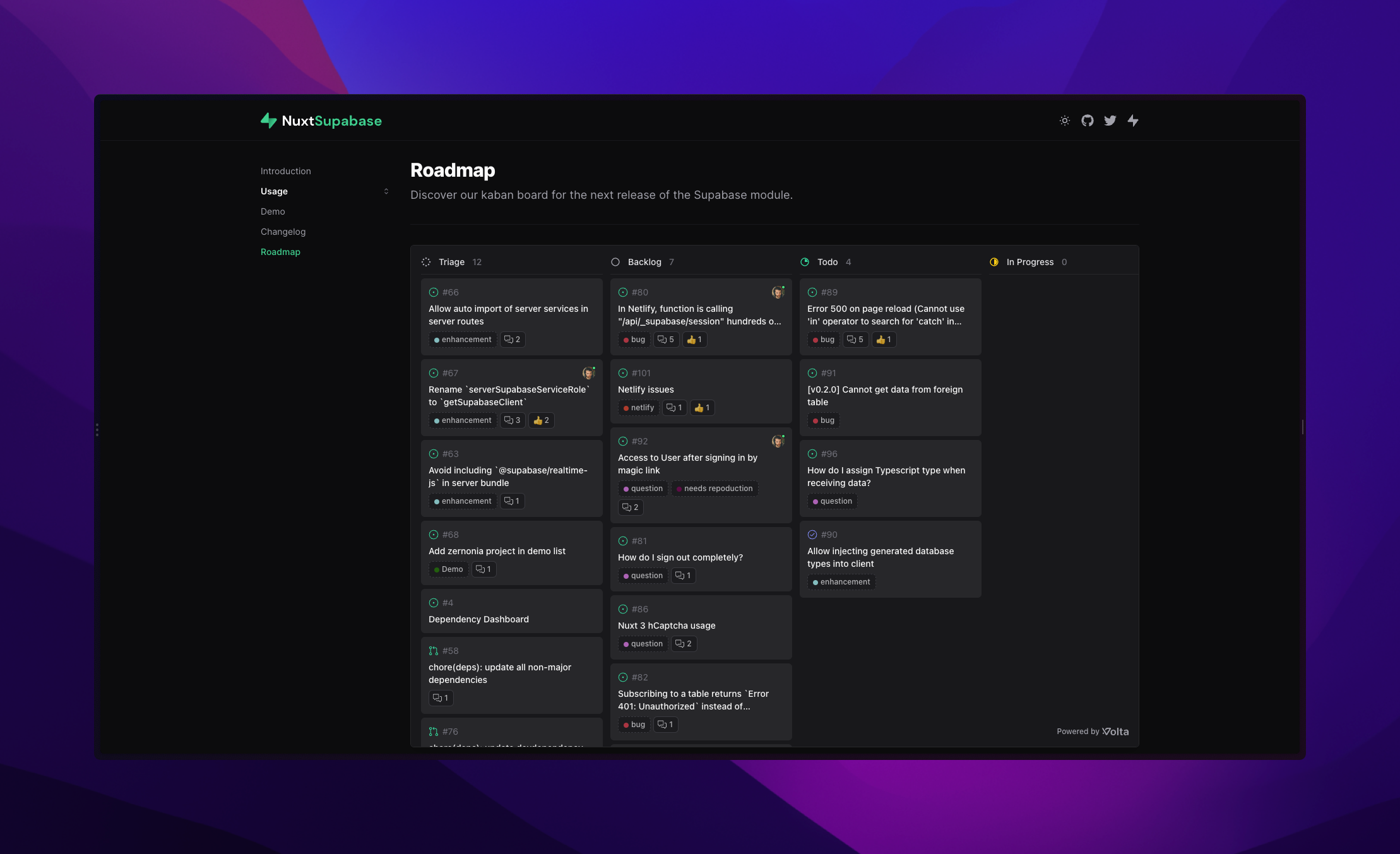 Volta has always been for repository maintainers only, by the way, it was first called Maintainers. However, we realized that it would be nice to have a way to access public repositories boards even when you don't have any GitHub access.

Our first goal with this feature was to access the volta-net/feedback repository from within Volta. Now when clicking on Help & Feedback in the aside, you'll be able to access the repository and share feedback directly from the app. You can now also access any public repositories already imported on Volta by navigating through issues and even add them to your Favorites.

We've also added an embed feature for public repositories. When clicking on the Share public board button from the repository menu, it will generate and copy a link to the clipboard that you can integrate into your website to embed the board of your repository. The generated link will take filters and displayed statuses into account. This way, you can share your repository board with your community and let them know what's going on.

Here is for example the public board of the nuxt/framework repository: