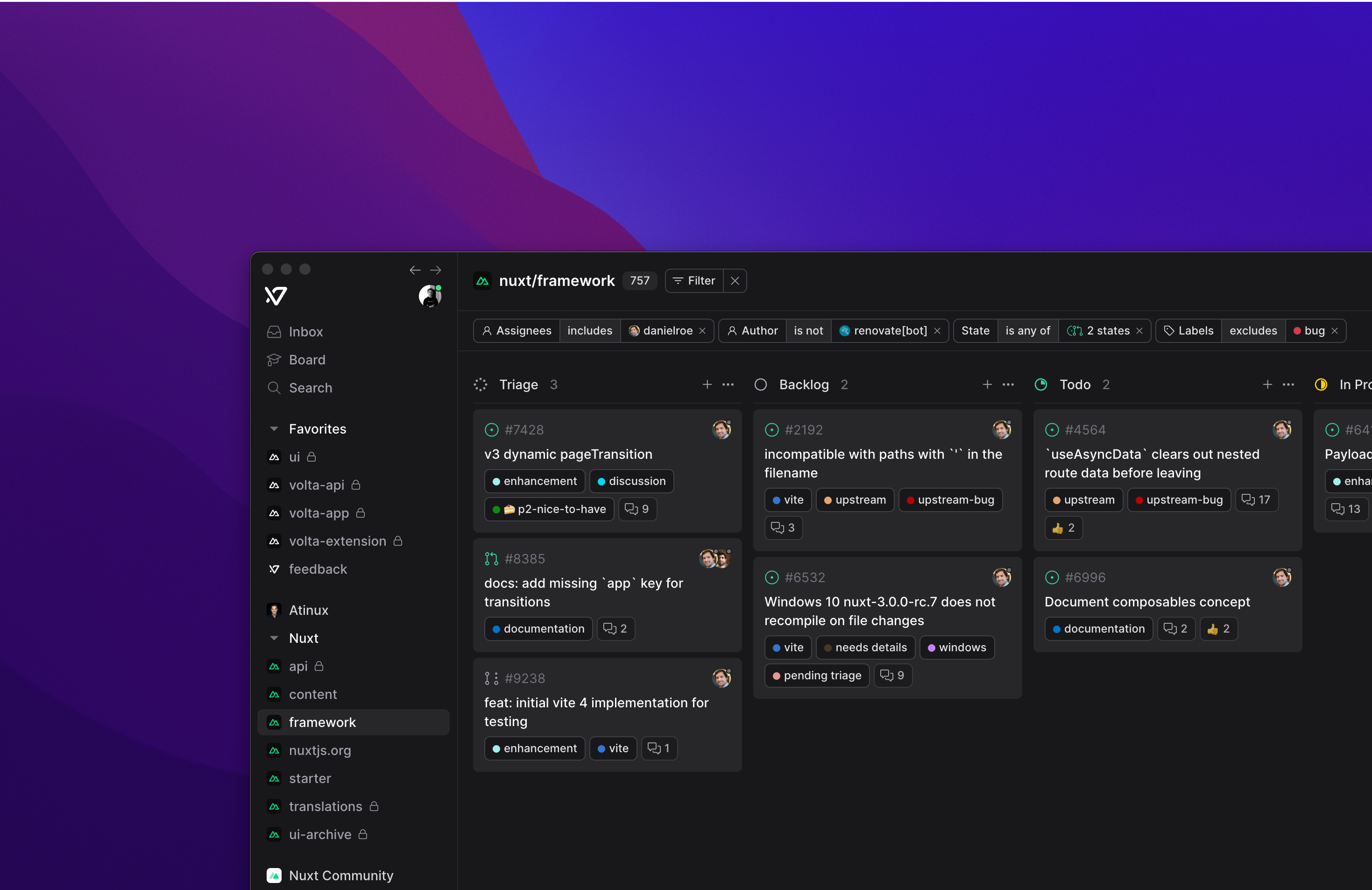 We've spent a lot of time writing a long overdue documentation. It's a great way to discover Volta and learn all the subtleties. You can access it from the header Guide link or from the app aside Documentation link.

This is a work in progress, we'll add more content in the future. If you have any feedback or something you don't understand, please let us know through the feedback repository.

Volta is now a PWA so you can install it on your mobile or on Linux as we do not have a native application for it yet.

Learn how to install the PWA on your mobile.

You can now see users visiting the issue page you're on in the Activity section. Also, in the issue feed, you will now see when a user is typing a comment in real-time.

We've been working on improving our current filtering system to be more flexible.

You can now select multiple values and different operators for a filter and combine all your filters through and or or global operator.

For example, you can select multiple labels like bug and enhancement at the same time and a status like In Progress and choose to match any of these filters. This will result in issues without any of these labels or issues in this status.

We've also added a new Bookmark feature that allows you to save your selected filters to re-use them later.

We've made some improvements to the issues import process. Now when importing a repository, issues with closed linked pull requests won't have a status set anymore. This way, your repositories boards will be much cleaner on the first import.