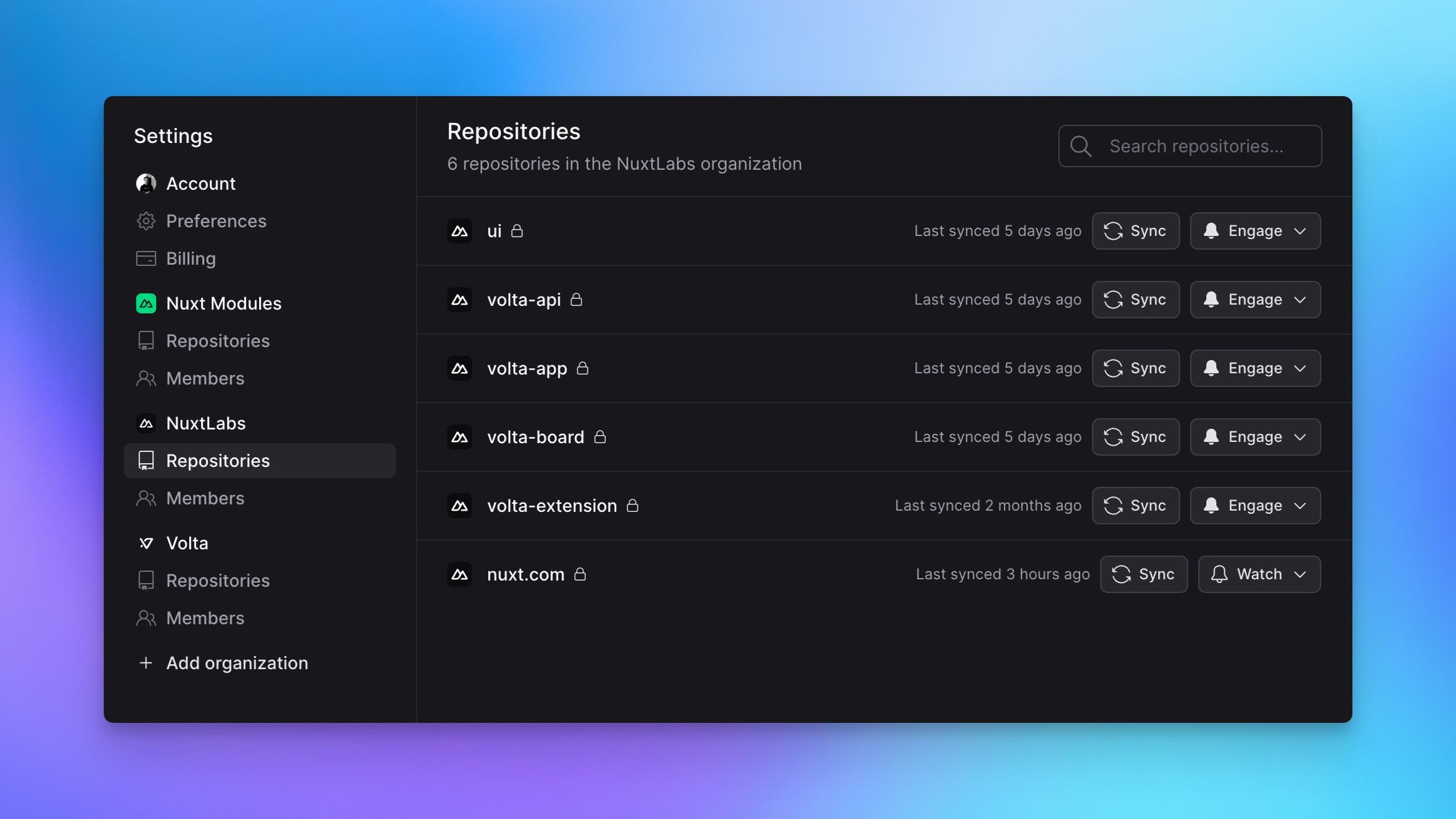 We're excited to share with you the new landing page of Volta. It's now easier to discover the features with blocks that link to our documentation.

Overall settings have been improved all over the app. Repository settings menu with Members and GitHub tabs has been removed, is now a slideover that you can open from the repository menu and the GitHub sync can now be found in the global settings (press ,) under tab of each organization.

Also, the tab has been simplified. Plans are no longer displayed as there is only one plan for a user and later on, one plan for an organization (learn more in the next section).

Volta Pro and Team plans have been respectively renamed to Member and Organization to prepare for the future releases to come.

A Member plan is attached to an user and provides access to all private repositories.

In the comming weeks, we'll add an Organization plan that is attached to a GitHub organization and provides its members access to all private repositories of the organization. This plan will also grant access to the future Projects and Roadmaps features.