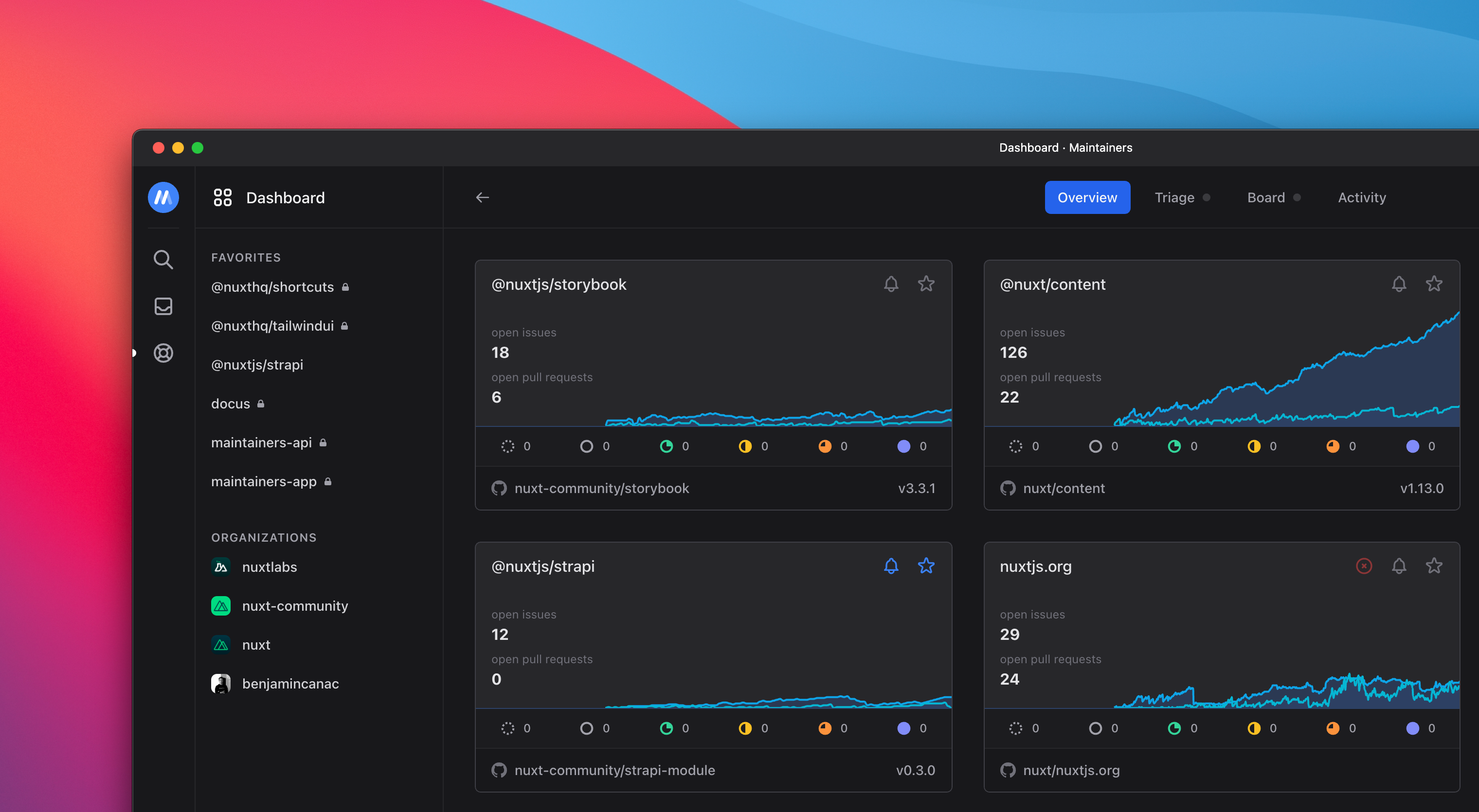 In the past months we added lots of new features into Maintainers, making the UI inconsistent.

It was time for a change:

The header in the main content now have the name on the left, the tabs at the middle and the actions on the right. The back navigation ← has been improved and is now global so you can go back in time since you loaded the app.

On listing pages, the toolbar containing the filters and the actions is now bottom fixed.

On the issue page, the toolbar has been removed and the actions (reactions, edit, archive, ...) are now accessible next to the title. When creating or editing an issue, the actions to preview or save are at the bottom under the content. When editing, the right actions panel is now blurred and disabled since they are instant updates and independant from the save.

Also, the repository badge score has been removed everywhere.

Alongside the big UI refactor, we spent the last two weeks improving the performances of the application. API calls have been optimized to return only the data needed and repositories with stats are no longer fetched by default but only in the dashboard overview.

As the project matures and the beta release date approaches, we had to ensure the stability of the platform. This is why we started testing our API, after two weeks we went from no tests to 75% of coverage. There is still a lot of work to have a fully tested API, but this is a requirement before opening the application to the public.